Following on from part 1 I has decided to update on the legal challenge against state pension equality or the WASPI and Backto60 pressure group campaign to reverse equalising state pension age harmonisation that sees around 4 million women born in the 1950s have a delay in their state pension being paid.

Disclaimer: I am not a lawyer and I only know enough about the law to know that it runs on rules and laws. That might mean that we don’t like the rulings that the courts come up with sometimes but that doesn’t mean that either the laws or judges or decision was wrong.

What’s a WASPI & What’s all the fuss?

Women Against State Pension (In)Equality is a pressure group consisting of people who are upset the UK state pension age for women was increased from 60 to 65 in order to equalise the age with men, with the change to be phased in over ten years from 2010 for women born between 1950 and 1955 of which there are 3.8 million. They believe that the pension age should stay at 60 just for them and nobody else and that when the government moved towards a more equal (but still better than for poor muggins here), it was grossly unfair. This change was announced in 1993 and after extensive consultation and debate, passed into law in 1995 – no enough time for them to do anything about it (see below). 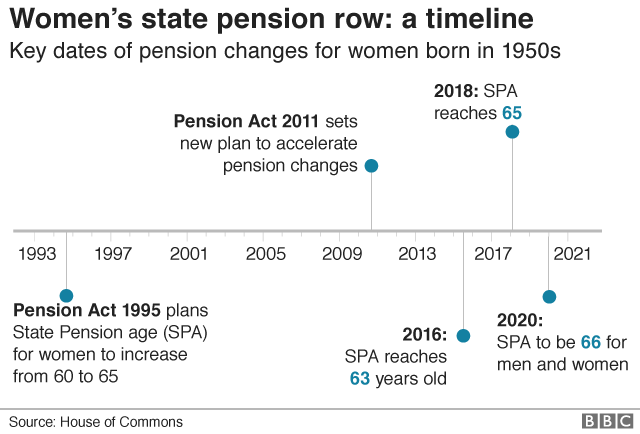 They don’t mind the state pension rising for the rest of us and don’t want men’s pensions to be paid from 60. It’s a funny type of equality that they want – I call it hypocrisy. Women have and do suffer discrimination and historical injustices like the gender pay-gap and many many others. I certainly wouldn’t have wanted to be born a women in the 1950’s – I’d like to think that things are better now but as a father I don’t think it’s good enough. In any case the government decided to raise the state pension age for women from 60 to 65 and for younger workers up to 68 (for me and the Lady for example).

Whilst Xennials like myself are in a position of “waiting” until 68 for our pensions but like many, I don’t expect to rely on it – and only relying on the state pension is tantamount to stupidity in my eyes! The FI community is divided. That’s been my default position and it’s based on a combination of self-reliance, awareness of damning demographics and a low level of trust in the government – the increase retirement age from 65 to 68 was made without any WASPI kicking up a fuss.

I just found this out. Why would women get their state pension earlier than men? Well it’s as a consequence of the Old Age and Widows’ Pensions Act 1940, the pension age for
women was lowered from 65 to 60. In part this new inequality was a response to a campaign by unmarried women in the 1930s, many of whom cared for dependent
relatives for much of their lives. It also recognised the fact that, on average, married women were several years younger than their husbands.” Thosse same reasons wouldn’t seem to be the case anymore.

Court Case & hell hath no fury like a WASPI scorned.

Two claimants (backed by the Backto60 pressure group) took the Department for Work and Pensions (DWP) to the High Court, arguing that raising their pension age “unlawfully discriminated against them on the grounds of age, sex, and age and sex combined”.The WASPI pressure group took the government to the High Court recently saying that the change in pension age was discriminatory and unfair. On the 3rd October the judgment was made which dismissed the claim on all grounds, including age discrimination, sex discrimination and lack of notice.

For a better understanding, you can read the full judgement here. It’s probably a better idea to actually read the judgement than to read opinions – since it’s not a question of “fairness” or “we’ve paid in” or anything like that – when you go to court over something it’s a matter of law it’s the laws and rules and their application you are fighting not feelings.

And then it got political

The pressure groups have not given up the fight and it turns out that there is a general election soon – who knows why or what will happen (unless you read this on Friday 13th and then you’ll already know who won).

Since millions of women are affected (and ignoring the rest of us who have to wait until 68), there’s great potential to make some political capital out of WASPI women, what with an election happening and all. Older voters tend to vote more than younger voters and this is just the sort of emotive issue that political strategists must just love – a bung to WASPI could win this election.

The party that is taking most advantage is Labour (but others including the SNP are in on the act). Labour have committed to spend £58 billion as a way to address this “inequality”. Their plan is to pay WASPI women £100 a month until their pension comes in. It’s a huge amount of money but then again this campaign has seen huge numbers bandied about – so what’s the GDP of Slovenia between friends Now, I have a feeling who would pay for all this and it’s not going to be by taxing workers less.

It’s not the say that the Tories won’t offer a similar bung but they know that this is a massive saving that they can’t afford to go back on. £58 billion still leaves WASPIs feeling out of pocket. But the Tories can take the grey vote for granted so don’t have to work as hard.

I suspect that until the damage is done, we’ll be hearing a lot more about this. I don’t expect this to change government policy but a lot of women will be very angry for some time – without any care for those of us who’ll have to wait to 68 (or beyond!)

The Endless Choice of Floor Coverings

From DINKY to SITCOM